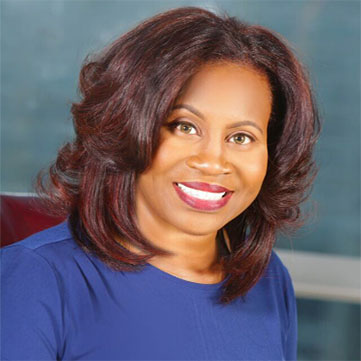 The Clerk shall administer oaths and take affidavits; to exercise other powers and duties as provided by laws; to serve as Clerk to the City Council, Chief Elections Officer of the City and custodian of the Corporate Seal.

City Council Meetings: Pursuant to the City of Detroit Health Department Emergency Epidemic Order in Response to the COVID-19 Pandemic Per MCL 333.2453, Declaration of Continued Emergency Due to COVID-19, to Extend Remote Public Access to Open Meetings and Prohibit Gatherings at Meetings that Risk the Personal Health and Safety of Members of the Public and Public Bodies, effective from January 1, 2022 to March 31, 2022, the Detroit City Council will be meeting in person in the Committee of the Whole on Tuesday, January 4, 2022, at 10:00 a.m. for its Formal Session.

Virtual public attendance is strongly encouraged as, pursuant to public health guidelines, the meeting room will be subject to space limitations, and there are limited additional opportunities for public viewing within the building. For the safety of attendees and participants, it is recommended that the public participate by means of one of the methods listed here:

Detroit City Clerk, Janice M. Winfrey is a native Detroiter who has dedicated the last 13 years of her life to tirelessly and carefully servicing her community. When sworn into office in 2005, Clerk Winfrey accepted the responsibility to govern three charter-mandated roles: City Clerk, Official Record Keeper and Chief Elections Officer.

Some of her greatest accomplishments as City Clerk to date are:

In addition to her day-to-day duties as Clerk and Chief Elections Officer, Clerk Winfrey has also found time to improve her skills and advance her profession by completing courses and certifications in the Election Center Training Program; the International Association of Clerks, Recorders, Election Officials and Treasurers; and the Michigan Municipal League. She also a member of the National League of Cities.

Clerk Winfrey, is a native Detroiter and graduate of Cass Technical High School, where she has been recognized as a distinguished alum, and Eastern Michigan University.  She is a member of the Detroit Federation of Teachers; the Association of Wayne County Clerks; the Michigan Municipal Clerks Association; the International Association of Clerks, Recorders, Election Officials and Treasurers; the National Association for the Advancement of Colored People; and Alpha Kappa Alpha Sorority.

The City Clerk shall be a citizen of the United States and a resident of the city. The City Clerk is elected at the city election held every fourth year on the first Tuesday after the first Monday in November.

Among the City Clerk's powers and duties are:

The Citizens Information Service is a division of the City Clerk's Office that provides  information to citizens relative to public services and refers them to the proper department.

END_OF_DOCUMENT_TOKEN_TO_BE_REPLACED

Application for proposed banner(s) for a specified period of time. Permit application package must be complete in order for it be considered.

Listing of Fees for various publications that can only be obtained through the City Clerk Archive Office.

The Detroit City's Clerk's Archives and Records Management Division makes City Council records accessible to citizens and employees for research and inspection. The division is responsible for the retention and disposition of the inactive operating records of the Detroit City Clerk's office.

Yearly Journal of the City Council Proceedings from 2000-2014

General contact information related to the location of the City Charter

Highlights of  Community Outreach opportunities by the City Clerk's Office

How To Appear Before City Council