The Proterra electric buses will be incorporated into regular revenue service Monday, May 23, and are the first electric buses in DDOT’s fleet. Electric buses produce fewer emissions, are more energy-efficient, are quieter, and use fewer parts than standard fossil fuel buses, making them a sustainable choice for public transit.

“DDOT is excited and proud to partner with Proterra to bring cleaner transit to Detroit,” said DDOT’s Executive Director of Transit C. Mikel Oglesby. “Detroiters deserve safe and sustainable transit, and we are happy to be at the forefront of this exciting technology.”

According to current research and development data, battery-electric buses perform efficiently, relying on rechargeable batteries, and do not emit any harmful tailpipe emissions or other greenhouse gasses. The motors of an electric bus are more reliable, less costly to maintain, have fewer moving parts, are quieter, and create a smoother ride for passengers.

The electric bus charging station is set up at Shoemaker Terminal, on the east side of Detroit, electric buses will be assigned to routes based out of that terminal.

The City of Detroit has many initiatives to contribute to the development of healthy, green, vibrant, and accessible neighborhoods. These include improving air quality, reducing citywide greenhouse gas emissions, and expanding recycling services to reduce the amount of waste sent to landfills.

Oglesby recognized the number of transit advocates in attendance and acknowledged their support. City of Detroit Hakim Berry said while DDOT is the first city department to put into operation electric vehicles, other departments will soon follow. Ken Becker, Regional Sales Director for bus manufacturer Proterra, said the company was founded on a simple vision: Clean, quiet transportation for all. That has since grown into a “transportation revolution.”

Each time a Proterra battery-electric bus replaces a diesel bus, 230,000 pounds of carbon pollution are avoided each year, Becker said. Battery electric buses do not depend on fluctuating fuel costs and have fewer parts, which saves on operating and maintenance expenses. They are also noticeably quieter, which makes for a better riding experience and reduced noise pollution.

“We are excited to have our newest technology put into service here in Detroit,” he said. “The time for clean transportation is now.”

Oglesby said DDOT will be testing in the coming months to make sure the electric buses can perform as well as diesel buses, especially during a cold Michigan winter. Typically, electric buses will run about 200-250 miles before needing a charge.

“Bringing electric buses to the city of Detroit is good for all residents whether they ride the bus or not,” he said.  “Detroiters deserve safe transit. They also deserve sustainable transit. The potential is limitless.”

Councilmember Coleman A. Young, Jr. said after the event that the electric buses called to mind Victor Hugo’s comment that there’s nothing more powerful than an idea whose time has come. “And the idea for us – not just in the city of Detroit to have electric vehicles, electric buses – but also for us to embrace the future, that’s an idea that’s time has come.” 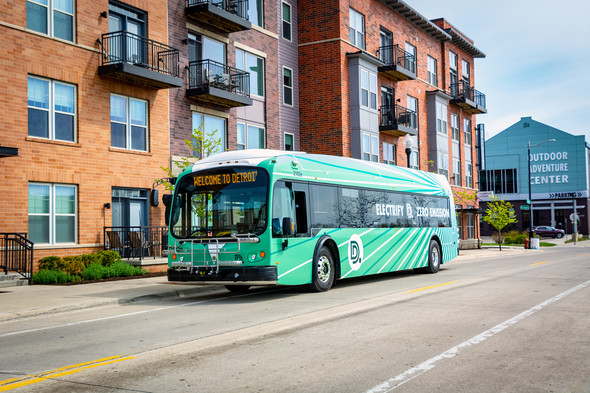 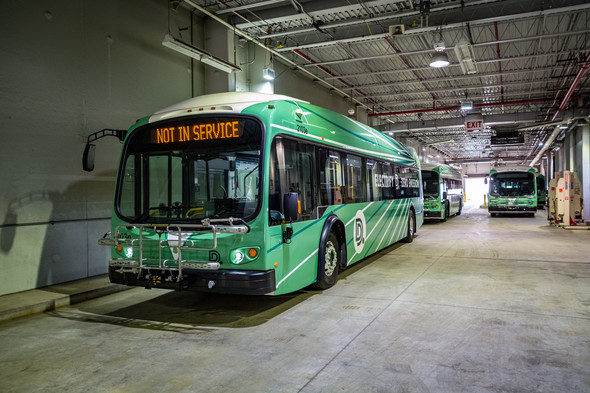 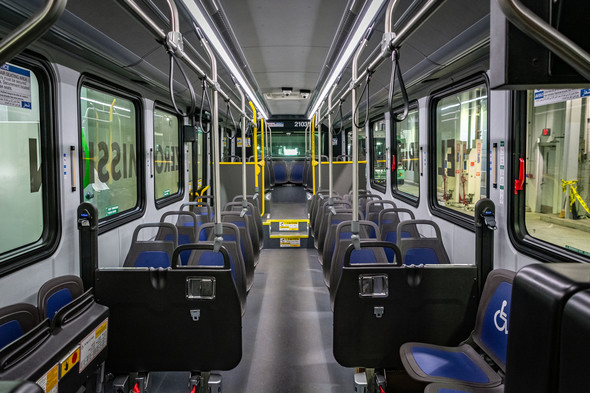