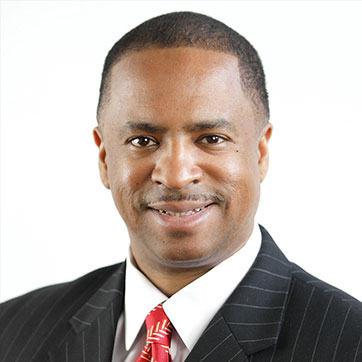 Scott Benson serves as the Detroit City Councilperson for District 3. The frequent bike rider and sustainability advocate has been a tireless and innovative leader in his community since January 2014.

In the spring of 2016, Council Member Scott Benson proposed that the Detroit City Council revisit the city’s Neighborhood Enterprise Zone Homesteads (hereafter referred to as NEZs). To be eligible for an NEZ Homestead certificate, you must be a homeowner with a PRE (Principal Residence Exemption), reside in a designated zone, and commit to making $500 in home improvements. While it is up to City Council to determine the areas to be established as NEZs, NEZs are state-formulated property tax abatements legislated for the purpose of helping Detroit, and other eligible Michigan cities, attract and retain homeowners. In alignment with the State’s goal of encouraging homeowners to remain in their homes, NEZs are of the highest and best use when designated in areas with a high rate of homeownership. It is important to note that when designating NEZs, the City of Detroit cannot exceed 15% of its total acreage. This unfortunately means that not everyone in the city can benefit from this tax break.

The “homestead” facilities provision of Public Act 147 of 1992 as amended states that a local governing body of a local governmental unit, by resolution, may designate one or more Neighborhood Enterprise Zones (NEZ) not to exceed 10 percent of the total area of the unit, to be increased to 15 percent with the approval of the county. Prior to acting upon a resolution establishing a NEZ, a public hearing must be held. The City Clerk must provide written notice to the Assessor and to the governing body of each taking authority that levies an ad valorem tax within the proposed NEZ. Said notice must be made not less than 60 days prior to your Honorable Body’s passage of a resolution designating an NEZ.

The public hearing will be held virtually. Please find the instructions for attending this meeting below.

Due to Governor Gretchen Whitmer’s “Stay Home, Stay Safe “ Executive Order (EO 2020-42) which went into effect on Thursday, April 9, 2020, the Detroit City Council will be meeting virtually using videoconferencing until further notice. This action is in accordance with Governor Whitmer’s Executive Order 2020-48, which allows electronic meetings for legislative bodies.

To participate at the time of Public Comment, please raise your hand within the zoom application.

All interested persons are invited to be heard and express their views. Persons making oral presentations are encouraged to submit written copies to [email protected] via e-mail, for the record.

The attached map shows the boundaries of the proposed one fifty-eight (158) NEZH areas. The proposed NEZH areas are as follows:

If you have questions about the Neighborhood Enterprise Zone Homestead tax abatement, please submit them to the City Assessor’s office at: tinyurl.com/nezhomestead


Find past and upcoming City Council meetings and agendas.

Residents of District 3 can tune in for our virtual meetings 4th Tuesday of the month (except in December) - 5:00 p.m.

Scott Benson is connected to the people of the 3rd District and the challenges they face every day. Since becoming Councilman of the 3rd District in January 2014, Scott has been a tireless and innovative leader working to bring jobs into the community and making public safety and quality of life his top priorities. His primary goal is to make District 3 a community where families settle and grow, and where the youth and seniors thrive and prosper.
As a longtime resident of the Osborn community, Scott has seen firsthand the community, family and personal impact of the recent economic downturn, resulting in severe job losses, more abandoned and blighted homes, and increased crime in our neighborhoods. Coupled with over 17 years experience in community development, Scott has a comprehensive understanding of what it takes to create jobs and revitalize a community from the ground up.

Since taking office, Scott, who served twenty-four years in the United States Coast Guard, has helped to create or received commitments on close to 1,000 jobs for the district. He reduced blight by authorizing the demolition of over 10,000 residential and commercial properties, and helped to reestablish the citywide street sweeping program. He has also improved the district’s quality of life by writing and implementing an ordinance to aid in shutting down non-compliant and ultra-violent strip clubs. He’s also successfully worked to close over 165 illegal marijuana facilities. His ongoing legislative work on blight reduction has helped to increase neighborhood property values and removed thousands of decaying eyesores and safety hazards. He was also an early supporter of using modern data collection methods to reduce crime, via ShotSpotter.

Drawing on his professional experience, including his role as Small Business Director with Midtown Detroit, Inc, Scott continues to leverage his business acumen to create the necessary conditions to attract more business investment to the commercial corridors of East Mc Nichols, East Seven Mile Rd., E. Eight Mile Rd., Kelly Rd. and Gratiot Ave. As a former real estate developer in Southeast Michigan, he helped create jobs for hundreds of Detroiters and is laser focused on creating more jobs and economic opportunity in the 3rd District.

With over 20 years experience as a Coast Guard officer, achieving the rank of Commander and serving in two overseas deployments, Scott is no stranger to hard work, sacrifice and devotion to duty.

The son of two public school teachers, Scott was born and raised in a working class neighborhood of Los Angeles knowing the importance of education. He went on to graduate from public schools and put himself through college with student loans, part-time work and a US Coast Guard scholarship. He holds an undergraduate degree from Hampton University, obtained his Masters of Urban Planning from Wayne State University, is a graduate of the National Naval War College and holds a certificate in finance from the University of Pennsylvania’s Wharton School of Business.

Scott and his wife, Andrea, are actively involved in the Detroit community, donating time and money to organizations such as the International Institute of Metro Detroit, Osborn Neighborhood Alliance, and the Detroit Brownfield Redevelopment Authority. He has a passion for preserving the environment, Detroit’s historic architecture portfolio, is known for riding his bike to work and around the community, and for promoting recycling.

Scott sees his role in the Detroit City Council as an extension to his life’s work of service to his family, country, and community.

The April 2020 newsletter with information for District 3