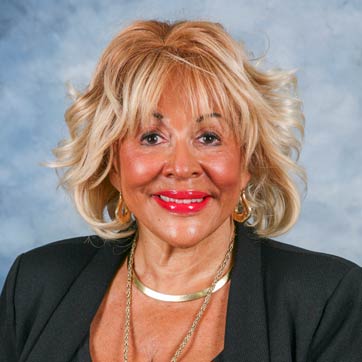 Linda D.  Bernard is the only African-American attorney to argue and win three precedent-setting cases in the Michigan Supreme Court – one saving the City millions of dollars and the other two providing new financial benefits and privileges to all Michigan workers. She is also the only attorney on the Board of Police Commissioners.

A graduate of Wayne State University’s Monteith Honors College and WSU Law School, Bernard is also the first African American to earn a Masters of Law degree from the University of Pennsylvania Law School. She also holds certifications in legal and business disciplines from several institutions, including The Harvard Business School.

Her career spans positions as a Ford Motor Company Attorney, City of Detroit Managing Attorney, and the first Administrative Hearings Officer for the Detroit Administrative Hearings Department, where she handled 25,000 code enforcement cases without reversals or appeals. As President and CEO of Wayne County Neighborhood Legal Services, Bernard founded numerous specialty law centers that served HIV-positive persons, seniors, youth and ex-offenders, as well as the largest Mediation, Housing Placement, and Domestic Violence centers in the state.

Bernard has served on more than 25 private and public boards, including the Eastern Michigan University Board of Regents, Black Family Development Board, the Detroit Regional Chamber of Commerce’s CEO Roundtable, and the Wayne County Head-Start Policy Board.

A multi-media personality, Bernard is a fellow of the Michigan State Bar Association and has received more than 100 awards including the Michigan Bar Association’s Highest Honor, the Champion of Justice Award; the FBI Youth Services Award; and Michigan Legislature and City of Detroit resolutions. At the White House, President Ronald Reagan recognized her as one of the 100 Outstanding Small Businesspersons in America.
District 2 residents elected Bernard in November 2020 in a special election required by the City Charter to complete part of the four-year term won by Conrad Mallet in 2017, who later resigned. District 2 includes the 12th Precinct, as well as parts of the 2nd, 8th and 10th precincts.

Having also served as Chief Legal Counsel to the Board of Police Commissioners, Bernard attended her first meeting as a Board member on December 3, 2020.

Join us for your District's Community Budget Priorities Virtual Forum